Why Buying Gold Can Be a Smart Option for Retirement Savings

Everyone has seen the commercials touting gold as a solid retirement investment.

Some state the economy will collapse and gold is the only way to maintain wealth, while others use a popular, older actor to claim that you don’t own it unless you can hold it.

There’s no wonder people are left confused about the role gold plays in retirement portfolios. Gold isn’t a complicated subject. You just need to understand how it works in the economy to know whether buying gold is right for your retirement options. 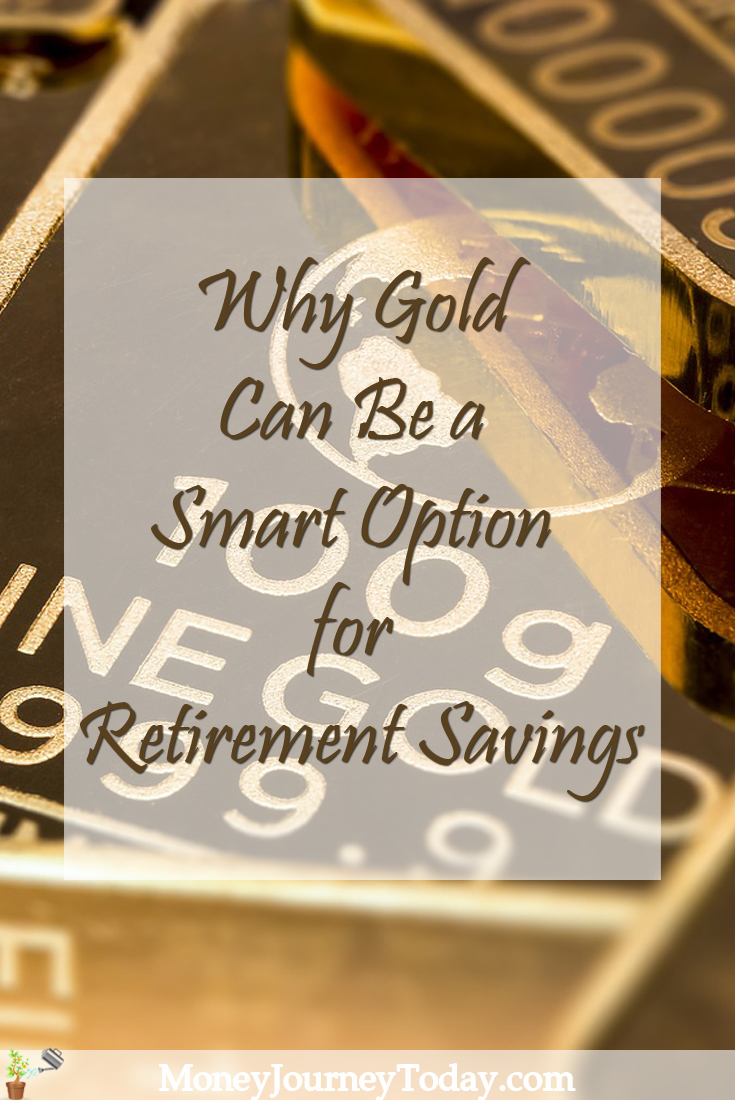 Money once was backed by gold. Ending the gold standard in 1933 as one of the ways President Franklin D. Roosevelt attempted to lessen the effects of the Great Depression.

Economic theory is that a country could better stave off a downward economy if the government increases its money supply. To do that, it needs more gold in the Federal Reserve.

Britain did it, so the U.S. followed suit. Roosevelt mandated all gold coins and gold-backed notes valued at more than $100 be turned in for other currency.

Congress then ended rules requiring public and private debts be paid in gold-backed bonds, allowing them to be paid in paper currency. The government gold price was increased in 1934.

With the increase of both quantity and price of gold in the Federal Reserve, the U.S. government could show a 69 percent jump in the value of its assets.

The government could then increase its money supply.

The only problem is increasing the money supply can lower the value of a dollar. Going too far in that direction could lead to a collapse in the value of paper currency. That’s why those fearing the collapse of the dollar urge you to buy gold.

Current State of the Economy

According to experts, the value of gold is currently in the middle of a tug-of- war under the current President. The Federal Reserve is expected to raise rates for the third time this year at its December meeting.

Meanwhile, the House of Representatives approved its tax reform measure Nov. 16 and the Senate is also taking up a similar bill. Both would help gold’s value. The result, so far, is gold’s value is hovering at $1,278 an ounce.

The President has an affinity for gold, stating during a 2016 campaign interview he would like to reinstate it as the monetary standard.

“Bringing back the gold standard would be very hard to do, but, boy, would it be wonderful. We’d have a standard on which to base our money“, he said.

Most economists disagree with the idea because it would be harder for the country to rebound in a recession if gold were the standard because it would prevent more money from being printed.

Investing in Gold for Retirement

Many looking at gold for retirement look to gold-backed IRAs.

The name is a bit of a misnomer because those type of investment retirement accounts typically include four IRS-approved precious metals including silver, gold, palladium and platinum.

In these accounts, metals are designated for the account owner. They operate as other IRA accounts, but hold either bars or bullion coins.

Most are self-directed IRAs. It is important to note that when doing your research one should compare gold IRA companies by their reputations and rates before investing.

These accounts are for long-term investment and are protection against inflation. They are an excellent way to diversify an investment portfolio.

However, IRS requirements are specific in how the precious metals are stored. They are stored either by IRA trustees on premise or in an approved third-party depository.

There are certain risks for investing in gold, which affects older people most.

The primary factor in whether to invest in gold is the length of time you have before you retire when you will need to use your investments to live. Again, gold is not a short-term investment.

The closer you are to retirement, the more risk you are taking in investing in gold.

For those with more time, gold can be a good option because it does raise in value over the long term. For instance, gold was valued between $282 to $350 an ounce in 1997, compared to today’s price.

Your decision on how to invest in gold is only one you should consider when looking at preparing for retirement. Be sure to consider all your options before investing.