The rise of cryptocurrencies and why should you care

Bitcoin has become a household name now. Though for very many of us understanding it is still an uphill task, at least we know it exists.

Bitcoin and all the other digital currencies are known as cryptocurrencies. They are a form of online value tokens that one purchases in exchange for real world money or what is known as ‘fiat’ currencies in the cryptocurrency space such as the US Dollar, the Euro or the Japanese Yen. 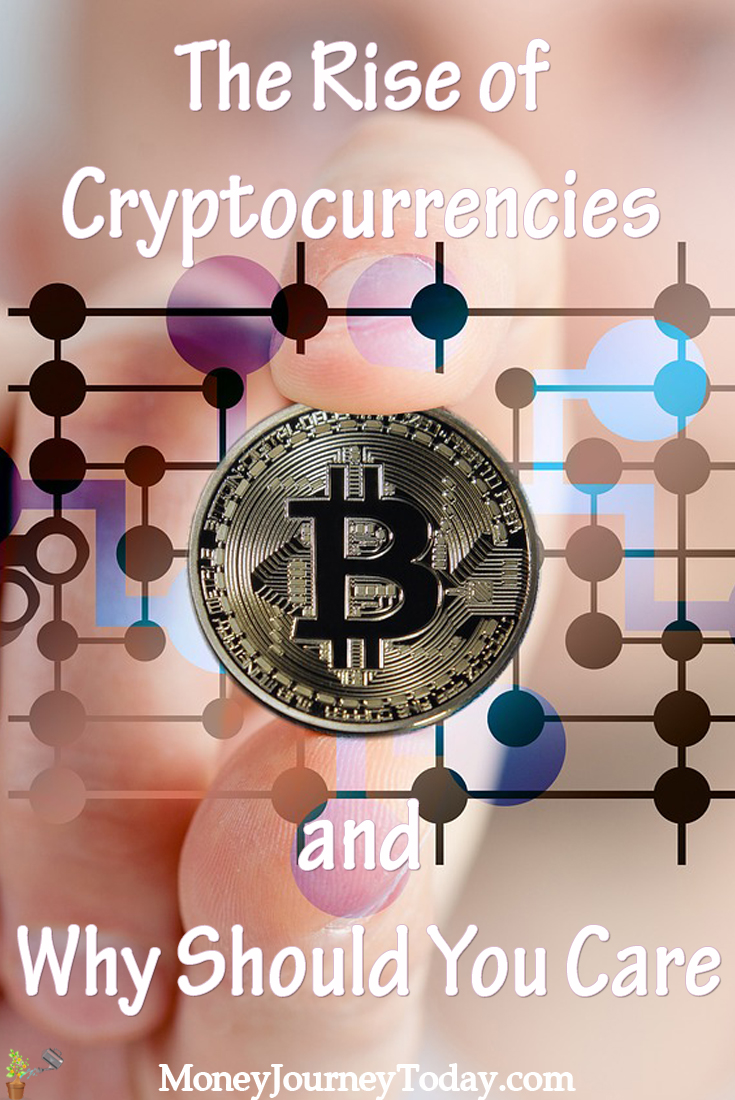 Just How Big Are Cryptos?

Just how significant are cryptos? This is a popular question by most who haven’t indulged themselves in this sector.

The dominating and very first crypto is Bitcoin which was developed and released in 2009. Its current market value stands at $215 billion!

To put it into context, Bitcoin is worth more than Bill Gates, the richest man and Warren Buffet combined by over $30 billion. It is worth more than the economies of Qatar, Hungary and New Zealand and even bigger than most of the world’s largest financial institutions such as Goldman Sachs.

Cryptocurrencies exist today based on the genius invention of a man, woman or alien by the pseudonym Satoshi Nakamoto (to date we still don’t know who he/she/it is).

At first, the mainstream financial system ignored Bitcoin as it could spell their doom. Then after several months, they realized that Bitcoin was not going away and they started fighting it.

After the futility of fighting Bitcoin became crystal clear, the mainstream financial system has adopted it into their systems.

What’s The Technology behind Cryptos?

The technology that powers cryptos is known as blockchain technology.

Blockchain technology is like a ledger where all transactions carried out in a cryptocurrency network are verified and then recorded. These records once recorded on the blockchain are immutable, which means that they can’t be altered even by the developers behind the network. This is what true decentralization of a currency means.

The transactions are validated and recorded by participants known as miners. Miners are people who own computers with specialized software known as ASICs.

Depending on which cryptocurrency one is mining, the computer required and software ranges from complex supercomputers and software like is the case for Bitcoin to just a simple laptop with software that can be downloaded in five minutes for other cryptos like Monero.

Other technology aspects of cryptocurrencies are dependent on specific cryptos.

For example, Ethereum has a cutting-edge technology that is programmed to execute a certain command only when certain conditions are met, like in the insurance industry where payment is paid after certain events take place.

This technology is known as smart contracts. Monero has established itself as one of the most secure and private currencies where all transaction details are anonymous which has made it a darling of the dark web community where privacy is paramount.

IOTA has positioned itself to take advantage of the ever growing Internet of Things (IoT) industry by being a medium of value transfer in machine-to-machine communication.

These are just a few examples of just how diverse these currencies are and how they are taking advantage of the blockchain technology to transform the world.

In Bitcoin’s first few years, mass acceptance was quite low and thus its price changed ever so slightly.

However, in recent times more people have become aware of its existence and grabbed as much of it as they could upon realizing its huge potential. This has led to an unbelievable increase in the value of not just Bitcoins but all other cryptos.

Bitcoin was worth $0 in its first year as it didn’t trade on any exchange.

Its price rose gradually to around $300 in 2015 and kept up the pace as support for cryptos started streaming in from all sectors.

At the beginning of 2017, it managed to hit the $1000 mark which was quite a big deal. From then, the rise has been of logic-defying nature.

It started off November at $6,400 and by the beginning of December, it had surpassed the $10,000 mark, an incredible achievement but it wasn’t done just yet.

In the one week of December, Bitcoin has added a stupefying $3,000 to its price. This represents a stunning 1,300% increase in price for this year alone.

In just the 24 hours before this article, it has managed to rake in 8.8% increase which translates to $1,150. It just simply can’t be stopped.

Is It Too Late For You?

The questions about cryptos are many, ranging from whether it is too late to invest in them right now; whether there are better options than Bitcoin; what the future holds for cryptos; and whether they can be used for day-to-day transactions.